I was last year charmed by a CDR called "Sidhartha" by the Ukrainian musician Andrey Kiritchenko (head of the Nexsound label and also behind the Nihil Est Excellence project). It is now under this name that he releases his most electronic and emotional music. Full and lush, yet built of aerial blips, dim soundscapes and dynamic clicks, "Mouse clicking" is one of these albums that manage to combine emotion and sonic innovation, even though it doesn't contain any vocals, samples or easy melodies. In a way that could be compared to Oval's or Kid 606's, Sidhartha builds his songs very slowly, on several layers of cut up electronic tones and microscopic beats, and lets "normal" rhythmic patterns flow only seldomly, once the listener has been able to catch up with the dense but very gentle sound of the track (for example on the fourth minute of "onClick=start_thinking"). Made up of sounds that could be potentially scorching and scraping, "Mouse clicking" is still a very subtle and soft album, calm and quiet, but which never gets boring or numbing. Thanks to his weird russian synthesizers and a lot of tweaking, Andrey Kiritchenko has managed to create a highly melodic disc, yet based on mostly atonal sounds and analog tones that is poetic and emotional, but stays away from anything pop or mainstream. On top of all this, "Mouse clicking" also features a nice and well done film (to be seen on a computer) that works as a video for the album. Made of geometric forms reflecting the sounds and patterns, this is simple but well thought and done. Well produced, this "Mouse clicking" album is definitely an album for people interesting in the least pretentious and most talented edge of click'n'cut music. I honestly do not perceive any difference in quality between "Mouse clicking" or Kid 606's "Ps I love you" and similar material. This album has variations, interesting sounds, nice atmospheres, touching tones and an untypical sound. So I guess all I will have to do now is start a petition asking Mille Plateaux to release something by Sidhartha. 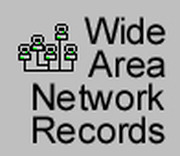 Uploaded by Laidback Electronica on April 11, 2005